Register for your free trial

Register for your free trial

ALL OF OUR COACHES ARE AVAILABLE FOR PRIVATE TRAINING

REMEMBER BOOK ALL YOUR CLASSES THROUGH THE R.D.B.C APP 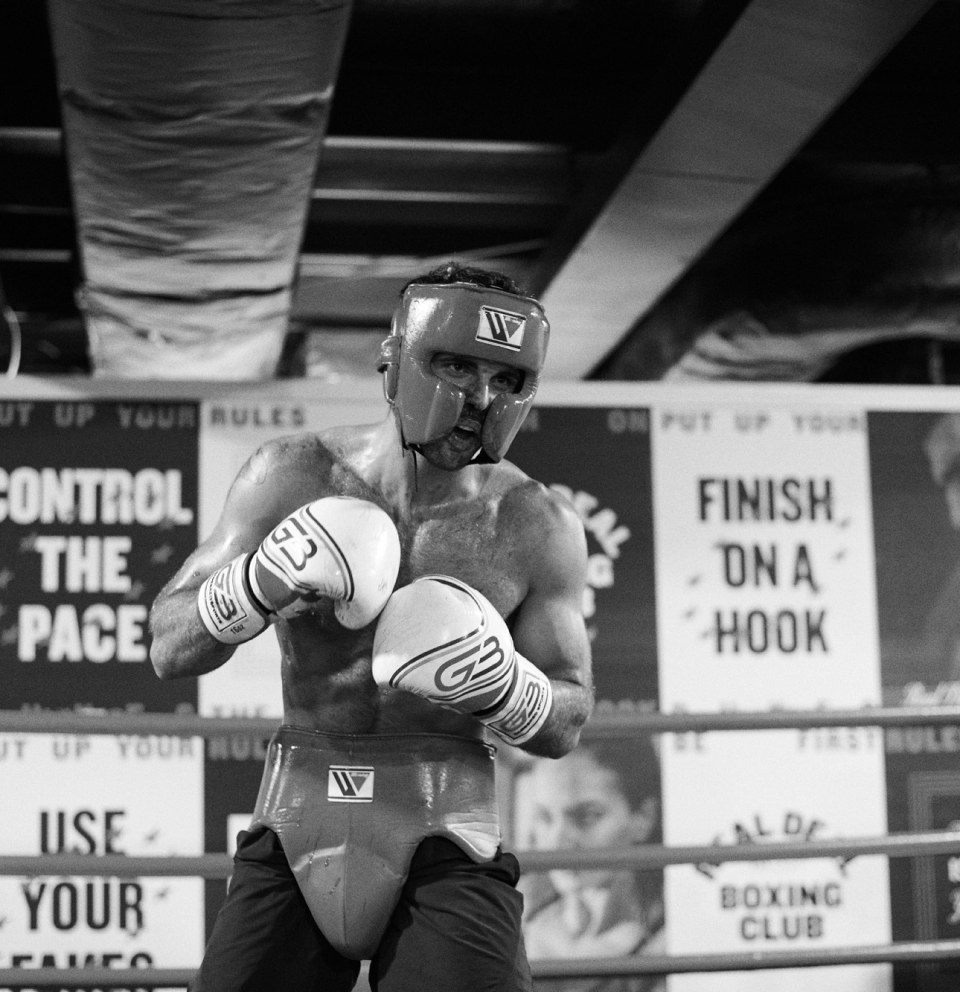 With Real Deal Boxing Club, Chris Paul and Christian Ennor have built an inclusive and welcoming community around a shared passion for boxing.

“Everyone here wants to be part of something unique, inclusive, friendly and fun. That’s the cornerstone of the concept for the Real Deal boxing dclub”

In famous boxing gyms around the world there are tributes to the prize fighters they have produced: murals, framed photos, members telling and retelling their stories, reminiscing about their greatest moments in the ring. Those fighters are forever connected to the gyms that brought them up. From New York to LA, from Manchester to Leeds, Sheffield and Dublin, boxing gyms take pride in the athletes they have produced, and the athletes take pride in their roots. Those legacies motivate and inspire the gym’s other members and the generations that come after them. The founders of Real Deal Boxing in Moorabbin, Christian Ennor and Chris Paul, understand this. It’s why their gym is inclusive, welcoming and focuses on wellbeing. It’s a sporting and fitness home where boxers of all abilities comfortably mix with professional fighters. In fact, Ennor and Paul don’t call it a boxing gym at all – it’s a club. At Real Deal comradery is built when the amateurs and the pros mix – kids and adults learning the craft of boxing can watch the professionals in the ring, appreciate the fitness and technique involved in the sport, and get motivated be the best they can be. “We wanted to start a passionate and inclusive gym in Melbourne, because we hadn’t seen great examples of that,” says Paul. There were gyms that catered to fighters, but when they opened up to corporates and kids they ended up being intimidating environments that were really male-fighter heavy.” But Paul and Ennor’s shared vision for Real Deal, and their mutual passion for boxing, belies the unlikeliness of their friendship and partnership; they came to boxing via very different routes. “I was a knockabout kid, always in a bit of trouble,” says Ennor. He started with kung fu and karate at around age 10, and was running classes for kids by the time he was 16. He was also into the harder, tougher sport of kickboxing, and at 19 won an Australian martial arts title while working at a gym as a personal trainer. He’s been doing that for 27 years. “I’ve trained champions in MMA boxing and kickboxing, all while training the general public,” says Ennor.

Paul did some martial arts as a kid but didn’t get serious about boxing until nine years ago, when he started training. His professional life started with stockbroking, then he moved into his family’s property development business. A chance meeting at the Brighton Sea Baths led to Paul getting to know well-known Australian boxing personality Sam Solomon, who introduced him to Ennor. Solomon and Ennor have been friends since childhood and had traversed the boxing scene together. “Christian was widely known as one of the best trainers in Australia,” says Paul.Ennor started training Paul, and when he encountered some difficulties getting his dream of opening his own gym off the ground, he turned to Paul. “Chris said write up a business plan and we’ll see how we go.” That was 2017. And Real Deal opened its doors for the first time in March 2020. 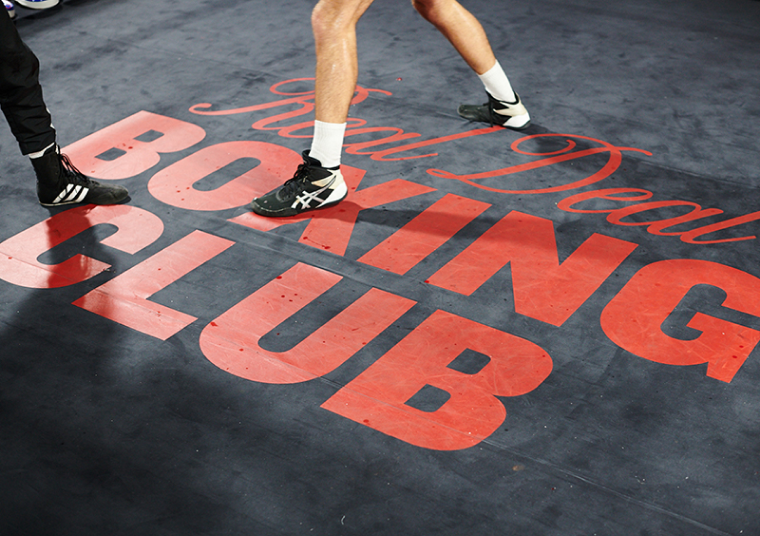 But traditionally, boxing clubs can be intimidating spaces. “People think everyone there will be hard or tough,” says Ennor. “But our coaches are respectful, professional, welcoming, approachable, friendly.” And so are the professionals that use the gym for training. The gym runs classes that are women-only, and for kids as young as six. It also does personal training. There is no sparring (except for the pros, or by request), and the club’s focus is on fitness, wellbeing and technique. “In my classes I really try to focus on having fun, learning something, getting a great workout and leaving in a better mood,” says Ennor. “Christian can communicate with male and female boxers, corporate clients and people who are just getting started, right down to kids whose parents have dragged them in or who have discipline problems,” says Paul. “I saw Christian’s passion to have his own business that catered to all those groups, to roll out his vision and how he saw boxing.” The pair says they get a lot of calls from parents worried about their kids: too much Xbox, bullying, confidence issues, behavioural problems. “And then I’ll see this 12-year-old kid, coming in with their eyes down, won’t look at you. Within an hour I’ve got them giving me a bit of cheek and having fun. That’s the best part for me,” says Ennor. And it’s not all about punching stuff. “They’re often doing fun teamrelated activities. I teach kids a lot of hand-eye coordination drills and stepping skills.” Setting up a strong foundation based on proper technique is something Ennor and Paul have agreed about from the start. “We want to be known as one of the most skillful boxing gyms in Melbourne,” says Paul. “The whole club feel – that’s what I love,” says Ennor. Bringing people together. Helping the kids, helping the real fighters achieve their goals.” Perhaps the best way to sum up why both men have dedicated so much of their lives to boxing is the story of a 14-year-old Ennor began training eight years ago. “He was getting bullied. Then he won an amateur fight, and I kept holding him back because I promised his parents I wouldn’t let him fight. And eventually they said it was okay and he won the Golden Gloves Championships. He’s now 22, doing a law commerce degree, and he’s an undefeated professional boxer. And he’s from Brighton.” 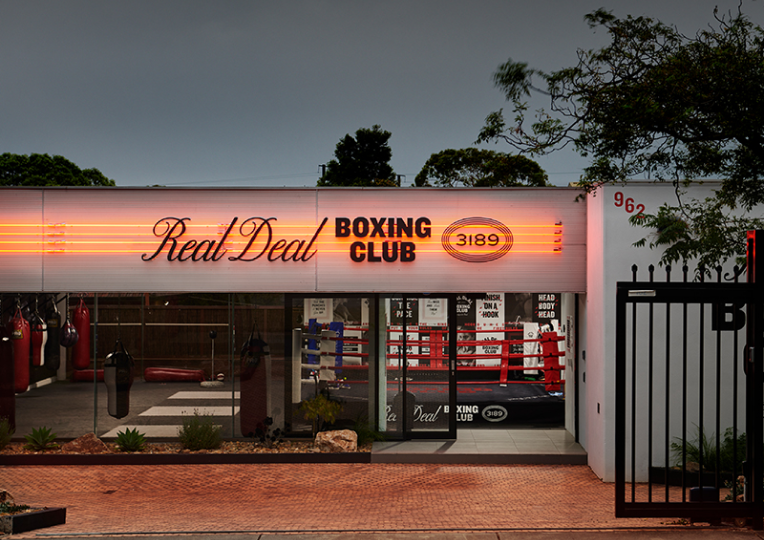 Register to get your trial